I tend to take a lot of pictures of static things. I think architecture (buildings‚ monuments‚ etc.) poses a particular challenge for the amateur. For starters‚ we often have limited access to most buildings (unless you are an “urban explorer” or one of those nucking futs dudes who scale skyscrapers)‚ and that automatically limits most of our photos to the exterior. Another consideration is the fact that so many other people have likely taken pictures of the most-interesting façades that it’s hard to get a unique interpretation.

Below is a shot of the underside of a bridge in Hungary that I noticed when sorting photos in my archives. I think it was Ken Rockwell who mentioned the tip that a good/well-composed photograph is evident even at thumbnail size (near the end of “The Basics” section of that link)‚ and there was something about the way the light played into that X shape you see underneath the bridge that caught my eye. The crux of the X is almost perfectly centered (yay!)‚ though I had to tamp the highlights down a bit‚ as the original was slightly over-exposed (this was shot on my old D90‚ a great camera‚ but before I was comfortable with manual controls). What I also like about the shadow-X is that it’s also being replicated by the stairs on the right and the shadow of the bridge’s railing on the left.

I also like the textures of all the rocks‚ the underside of the (relatively new) bridge‚ and the reflections the nearly-smooth water. The quality of the light and the exposure could’ve both been better – maybe I’ll try to re-shoot this during the Golden Hour. Overall‚ I think this is an example of a picture with a lot of compositional strength‚ but it’s just not all that attention-grabbing in the end‚ at least not for me. If this were a contest‚ I’d rate it an ‘honorable mention’ or something similar. :) 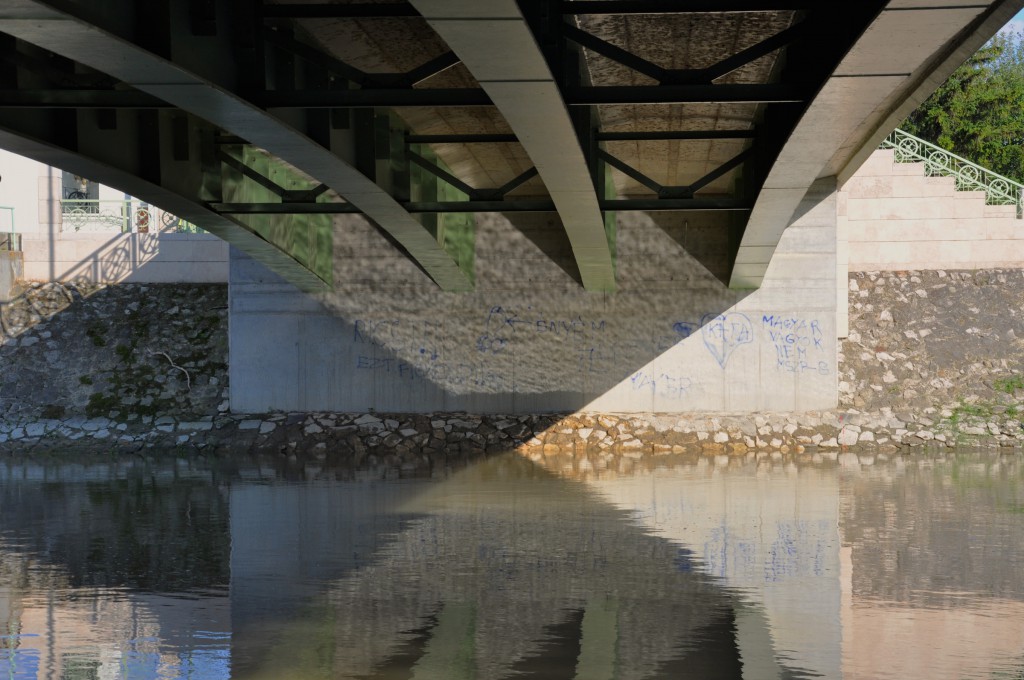