This was taken as I was walking to my parking garage. There’s a nice park just across the street, but even the quaintest scenes can be transformed by the light – especially when combined with fog. It’s reminiscent of the atmosphere of “Close Encounters of the Third Kind.” 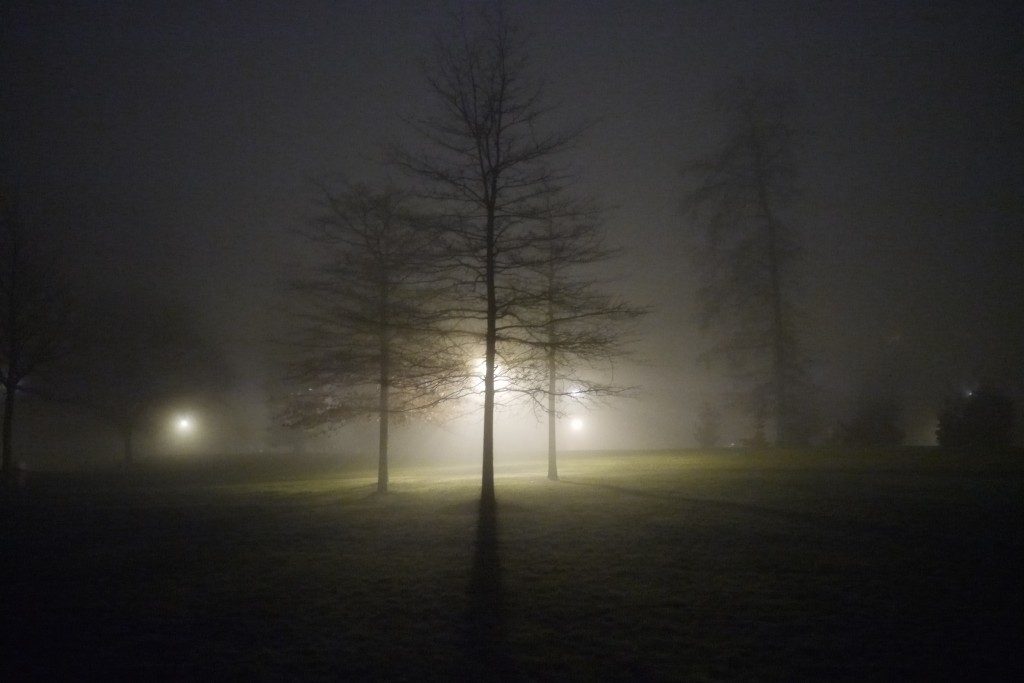 Also, just check out the effect of some minor tweaks to exposure/levels, contrast, and tone can achieve (and when I say minor, I mean less than a couple minutes of effort). Now it looks like a UFO landing photo – with another one following hot on its trail! INVASION! Head for the hills! 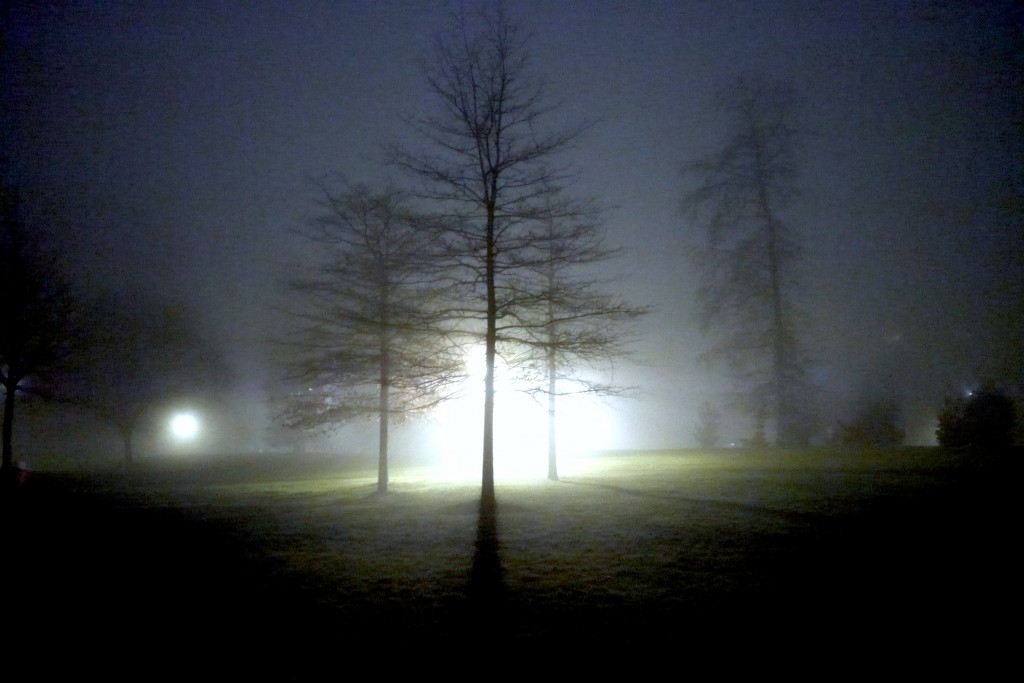