So while I intend to keep the galleries relatively static, only occasionally updating them with new work, I thought in this Web 2.0/social media online landscape it would be good to have some content that’s always updating to act as both a prompt for me to display other photos I’ve taken and a way for you to interact with me through the comments. So I’ll post a new picture approximately every week, either new or from “the archives” lol, and I’ll explain a bit about the shot: why I think it works (or doesn’t), why/where I took it, etc.

To kick things off, I was in a wedding in Savigno this weekend. I took this shot of the bride as she was carrying around a large loaf of decorated bread (part of a Ukranian tradition where you break pieces of the load off and dip them in sea salt before eating them). The shot is from behind, so it breaks the “rule” that you should always include the eyes when shooting a portrait, but I still think it works in terms of how it’s framed: the composition is broadly in line with the rule of thirds, and even though you cannot see her eyes, you can tell the general direction in which she’s looking, which leads your eye into the empty space in the frame. And who can resist the beauty of the warm Italian light filtering through her veil?

So overall I think the shot works for me, but what do you think? 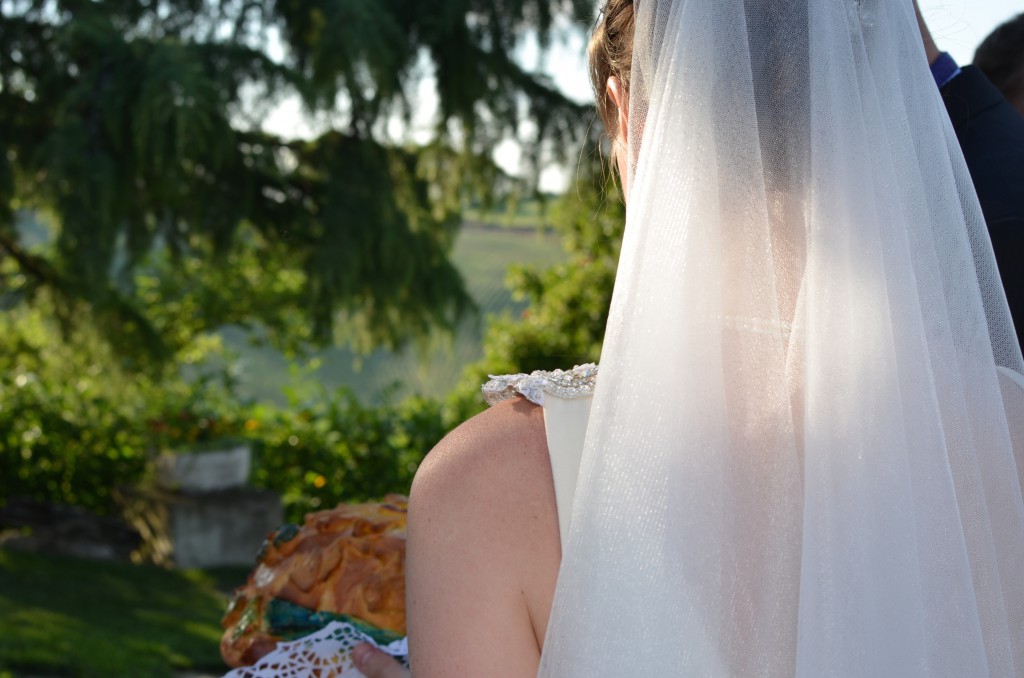 Light filters through the veil of the bride as she distributes a traditional bread loaf to the guests.